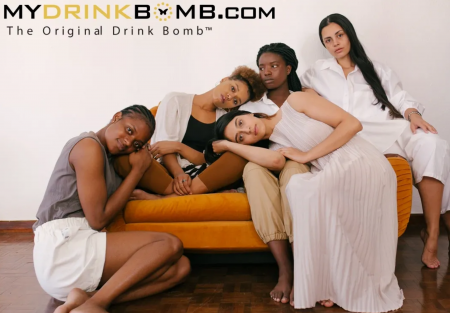 Over the years, the male-folk have spirally dominated almost, if not all sector of the world’s economy, leaving very little recognition for the women who are only brave enough to conquer and change the long laid narrative, and most times, there are no recognitions at all. So what then happens when there are no recognitions for them? When the tables are not turned in the favor of women who are keen on contributing their own quota to the sustainable development of the world, what fate do they have? Who are those that can effectively empower women to keep their feet firmly to the ground even in a male dominated sector? All of these is centered on fellow women.

Some of these women, having the foresight of a better world if given the opportunity to change the status quo, are left to wander in their dreamland as there are no strong support system to push them into actualizing their dreams. And so they sit back, with folded arms and watch their dreams and passion get lost into thin air.

The importance of women supporting women cannot be stressed enough. As they fight tooth and nail to make ends meet and keep their families up and going, as they struggle to make their businesses thrive in gloomy times, and as they raise the pitch of their voices to be heard in the society, they need support, if not from anyone else but from other women.

This importance was recognized, hence the mission of the MyDrinkBombs initiative kicked off. This amazing company that produces handcrafted cocktail mixtures for adults, as well as healthy and highly nutritional alternatives to sugar-packed fizzy drinks for children. This was created by a successful female entrepreneur, Chloe di Leo. The idea of the company that once popped in her head, was stemmed from the zest of diligence, passion, interwoven in creativity with the desire to proffer a solution to the problem first recognized in her home.

Her inspiring story of how it all started, how the brilliant idea became a reality and how her journey in the entrepreneurial sector has been, thus far, is enough to support other women who desire to own businesses and become successful in it.

Considering the incessant increase of unemployment in the world at large, the initiative was launched by a woman specifically for women who are underprivileged, sole breadwinners of their families, yet unemployed. Even as the global pandemic takes its toll on individuals and corporate bodies, many of them have been pitifully dismissed of their work duties, thereby skyrocketing the unemployment rate, some of these individuals have now diverted to securing an avenue for income to survive these hard times, which hasn’t been an easy task to carry out.

Hence, Chloe di Leo through a brilliant ambassador’s program, is helping these women in their thousands generate income from home to maintain themselves and their families. This is one way she is using her success to bring goodness to the world, because she believes as a successful woman, there is need to spur other women to become successful regardless of the custom that downplays the efficacy of women.

Her company has been able to stand out, defiling all odds set up as a hurdle, because they believe in the success stories of small businesses like theirs and they have been able to lay the blueprints for female entrepreneurs to keep their feet firmly to the ground of entrepreneurship.

Therefore, this visionary champ has painstakingly reversed the stereotypical mentality that women do not support each other. She has proven through the emergence of her company and its success story that women who support women are more successful in their business. She believes in the success stories of other women to make the change they want to see, and cause the global impact that will linger for generations yet unborn.

There is need for women to pull out the competitiveness amongst themselves, and imbibe the collaborative spirit so as to expand the tribe of women who are successful and doing great things. It is however high time they changed the narrative, and realized that supporting themselves is directly proportional to an added glow to their shine.

Women like Chloe di Leo who are successful in their fields, have to sit, think and strategize ways they can affect the lives of other women in their space. With this, their voices will be heard, dreams actualized and changes made. With this, they will set the pace for the male-folk as they gain recognition and satiable commendations.

This isn’t just a challenge but a call to action. For the times women have had resounding No’s from the world to their dreams and passion, the words of Chloe di Leo for them is “Every no, will get you closer to a yes!” which implies also that a “yes” isn’t farfetched when there is a consistent support amongst themselves to make incredible things happen.