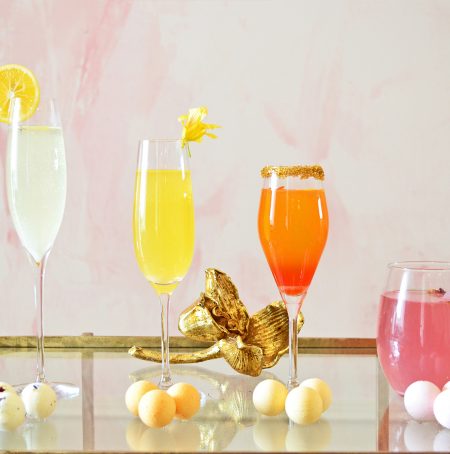 There’s something about cocktails you should know. There’s more to it than meets the eye, and as such MyDrinkBombs brings to you Cocktails Made Simple just at your fingertips.

In a bid to making strong alcoholic drinks more pleasant to the taste buds and acceptable, cock-tailings as it was originally called, became the ultimate alternative to making these drinks more palatable. As far back as the 1920s when the sales and production of alcoholic liquors was declared illegal in USA, resulting to the disappearance of these drinks, cocktails weren’t so much affected by the outlaw or utterly cast out, they were maneuvered subtly by freaks. Thereafter, its sales rested on the level of declination and production became affected. However, in recent times, cocktails positioned its wings for flight as decades flipped in with the upturn of the beverage industry in the country. Let’s dive into what a cocktail is, just to settle the duel on your mind.

A cocktail is a drink made generally with distilled liquor or alcoholic drinks such as; Vodka, Whiskey, Beer, Brandy, Gin, Port Wine, Rum, Cider, Vermouth, et al, as its radical ingredient which is further mixed with other ingredients or embellishments. Cocktails are an essential part of any party. They’ve been classified to be the life of the party; be it a beach party, weekend hangouts, or a housewarming, or even one for a Halloween night-out, the feeling you get from every gulp down your throat just leaves you swirling on cloud nine.

Different cocktails are identified based on their different ingredients and sometimes the difference in their tastes. But what better taste is in there without the finest artisan, handcrafted cocktail drink mixers made from natural ingredients that befits your satisfaction? No better taste, I guess, without the right drink bombs. To prick your bubbles, cocktails can drastically become a bore to you or your guests, if you still haven’t used the products made at MyDrinkBombs to get the best out of the cocktails served in that party you’re attending or hosting.

Cocktails come in a wide variety, which are dependent on their flavors and individual recipes. Perhaps you’ve heard some of these cocktail names, but do not know what they actually are or what they are made of, just stick with this article to be enlightened.
As new drinks are launched and the old ones slide off the drink industry, there exist cocktails that keep hitting the market amidst several others, currently. They remain the favorite of cocktail freaks, and they are widely known to be in no particular order:

Cosmopolitan:
A cosmopolitan, or Cosmo as it is generally preferred, is a cocktail made with vodka, cranberry juice, triple sec, freshly squeezed or sweetened lime juice and can be served straight up without ice. The base ingredient for a cosmopolitan is the vodka, and most vodka drinkers prefer this cocktail for the mild tart taste it gives. With MyDrinkBomb just a click away, you can get the best taste you yearn for in your Cosmo with the Lavender Lush Bomb made from an addicting blend of sweet vanilla and lavender that is tangy and refreshingly cool. Product is available here at a pocket-friendly price.

Mojito:
The mojito compliments summertime perfectly with its fresh minty taste. The mojito unlike most cocktails is relatively low in alcohol content. Its base ingredient is white rum, and at MyDrinkBombs, we have creatively handcrafted the Coconut Mojito Bomb specially made to suit your taste and satisfaction. You can get the drink bomb here.

Margarita:
This is one of the most popular cocktails in the world. The margarita is a simple mixture of tequila, triple sec and lime blended simultaneously and best served chilled. If you ever want that taste that stands out while drinking a Margarita, then MyDrinkBomb is the best plug to get a Margarita Bomb made from an excellent mixture of citrus with a pinch of Himalayan salt. You can get the product here at a convenient price.

Mai Tai:
The Mai Tai is a cocktail that is Polynesian, and has a fruity taste that is tropical, sweet and vibrant. It has a base ingredient of light and dark rums, not forgetting a befitting Mai Tai drink bomb right here for you to get the most out of your cocktail.

Pina Colada:
This classical cocktail has been a firm favorite for decades, having a distinctive look, taste and feeling. The Pina has the rum to be its base ingredient and can be served chilled or not with the delightful Pina Colada drink bomb to leave your taste buds racing and tongue swiping your lips in satisfaction. You can get your Pina Colada Bomb here, also at a convenient price that matches your satisfaction.

These are five most popular cocktails amidst several others, and specific drink bombs made specially for you to make your cocktails the real life of the party.

With all of the drink bombs made for the cocktail couture, be rest assured to have an experience that is worthwhile. These drink bombs have also been made for easy use, to still get your desired result. Get your choice of cocktail drink bombs from our product category here, drop the bomb in your neutral base alcohol drink, and then watch the drink bomb release its flavor, most preferred chilled and ready to be gulped down in no time